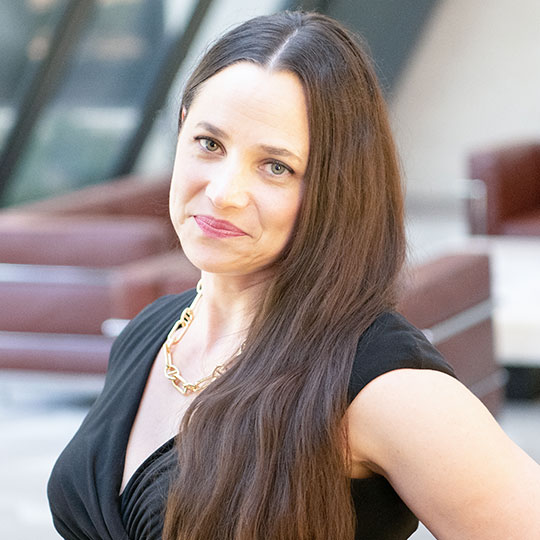 Rebecca C. Lubot, Ph.D. is a Director at Porzio Governmental Affairs. She has experience at the state, federal, and international levels in education, energy, healthcare and pharmaceuticals, and several other issue areas. She began her career as a White House intern in the Domestic Policy Office of the Vice President, where she focused on policy and speechwriting. Dr. Lubot continued her government affairs work in New Jersey, where she worked on two United States congressional campaigns, one as deputy campaign manager, and was a legislative aide to State Senator John Girgenti.

Dr. Lubot later served as a projects specialist to United States Senator Frank R. Lautenberg, where her policy portfolio included issue areas such as: education; energy and the environment; health, healthcare, and pharmaceuticals; historic preservation; and LGBTQBIA+ and women’s rights. She was a director at a strategic and crisis communications firm. In addition to teaching for a decade in the Federated Department of History at Rutgers University-Newark, she taught American Government as part of a philanthropic venture for the Modern States Education Alliance. Dr. Lubot was also acting director of state affairs for an international nongovernmental organization, the Drug Policy Alliance, overseeing lobbyists at the state level throughout the United States.

Dr. Lubot is a versatile government affairs consultant and lobbyist. As a historian and diplomatist, she has a thorough understanding of the background of the issues, all sides of the debate, and the needs and goals of all stakeholders. Working at the intersection of policy, politics, and legislation, she is skilled at strategizing, coalition-building, and garnering support from both sides of the aisle.

Dr. Lubot has a strong track record of published work – having been featured in the Fordham Law Review Journal, Politico Magazine, and Public Seminar and as a columnist in Insider NJ – and excels at speechwriting and drafting delivering hearing testimony. She is focused on consulting as well as traditional and procurement lobbying for Porzio Government Affairs’ clients in both the public and private sectors.

Dr. Lubot earned her Doctorate in U.S. history from Rutgers University-New Brunswick, after obtaining a Master of Science in the theory and history of international relations from The London School of Economics and Political Science, and graduating magna cum laude from Boston University with a Bachelor of Arts in political science. She has served on boards, such as the United Nations Association – United States of America, Northern New Jersey chapter. Dr. Lubot is a graduate of the Lead New Jersey 2020 class of fellows, and a visiting associate at the Eagleton Institute of Politics at Rutgers, The State University of New Jersey.

Rebecca In The News