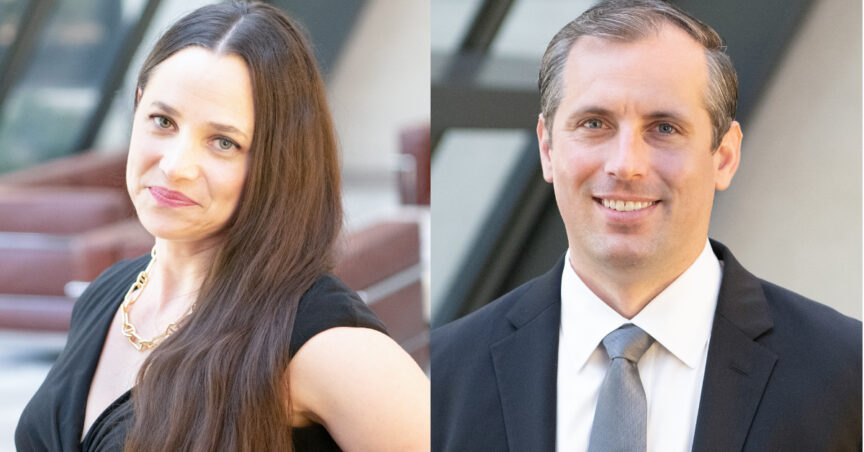 Members of PGA’s Board of Directors, Lynn Nowak, Barbara DeMarco, and Sal Anderton, in a joint statement, say, “Rebecca and Beau are well-regarded across the spectrum of New Jersey government, and each is poised to make immediate and meaningful contributions to PGA’s current clients as well as serve as a catalyst for our growth in the years to come.”

Lubot has experience at the state, federal, and international levels in education, energy, healthcare, pharmaceuticals, cannabis, and several other issue areas. She began her career as a White House intern in the Domestic Policy Office of the Vice President, where she focused on policy and speechwriting. Dr. Lubot continued her government affairs work in New Jersey, where she worked as a Projects Specialist for United States Senator Frank Lautenberg, on two United States congressional campaigns, one as Deputy Campaign Manager, and was a Legislative Aide to State Senator John Girgenti. Most recently, Rebecca served as Chief Education Policy Officer at the New Jersey Department of Education. In the communications space, she was a Director at a private firm responsible for the executive management of a nonprofit.

Lubot earned her Doctorate in political and legal U.S. History from Rutgers University-New Brunswick, after obtaining a Master of Science in the Theory and History of International Relations from The London School of Economics and Political Science, and graduating Magna Cum Laude from Boston University with a Bachelor of Arts in Political Science. She has served on boards, such as the United Nations Association – United States of America, Northern New Jersey chapter. Dr. Lubot is a graduate of the Lead New Jersey 2020 class of fellows, and a Visiting Associate at the Eagleton Institute of Politics at Rutgers, The State University of New Jersey.

He received his Bachelor of Arts in History from Montclair State University and his Juris Doctor from Widener University School of Law.  Huch is also Of Counsel to PGA’s parent law firm, Porzio, Bromberg & Newman, PC.