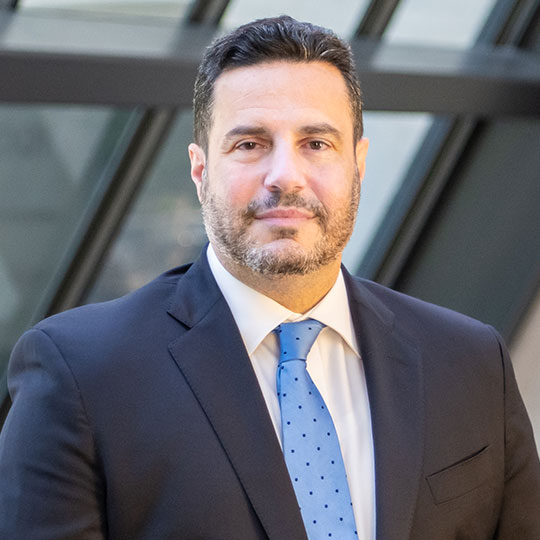 Sal M. Anderton, Esq. is Vice President and General Counsel for Porzio Governmental Affairs. Mr. Anderton began his career in and around state government in 2002 as legislative counsel for Assemblyman John F. McKeon who currently serves as Chairman of the Assembly Judiciary Committee and as a member of the Assembly Environment and Budget Committees. Subsequent to his work for the Assemblyman, Mr. Anderton served as Legislative Counsel for the New Jersey Department of Labor and Workforce Development working under two Commissioners of Labor. In each position, he was responsible for drafting and monitoring relevant legislative and regulatory developments.  It is these positions that Mr. Anderton quickly developed a keen sense of the legislative and regulatory dynamics of the State Legislature and Executive Agencies.  Over the years, he has grown into a respected and effective advocate for his clients across a variety of business and industry sectors.  Mr. Anderton is also of Counsel at Porzio Bromberg and Newman concentrating on real estate and land use matters as well as personal injury and labor law.  In this capacity, he continues his effective advocacy for small and mid-size clients and governmental entities.   Mr. Anderton prides himself on superior client contact and communication.

In 2008 Mr. Anderton was elected to the Township Council in his hometown of West Orange.  In that capacity, he served as Council President and Board Member of the Joint Meeting of Union and Essex County.  He had previously served as the Planning Board Attorney.  Subsequent to his elected public service Mr. Anderton served for six years as the Chairman of the West Orange Democratic Committee and 10 years as an adjunct professor of Law and Political Science at Montclair State University.

He remains active in his community as the Treasurer of the Mountain Top League, a local youth sports organization, and as a member of the Orange/West Orange Chapter of Unico National.  An Eagle Scout himself since 1990, Mr. Anderton enjoys mentoring today’s youth as a Merit Badge counselor for the Boy Scouts of America and as a USA Hockey Certified Youth Hockey Coach.

Sal In The News